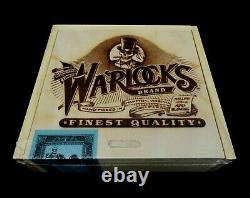 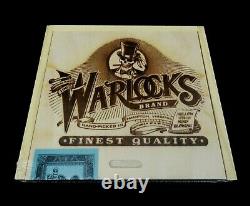 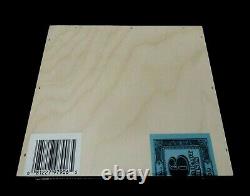 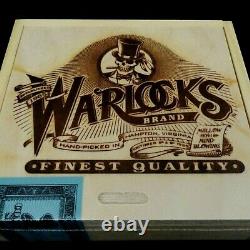 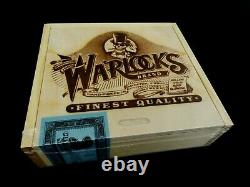 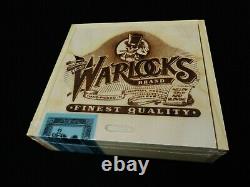 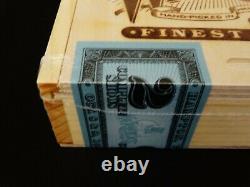 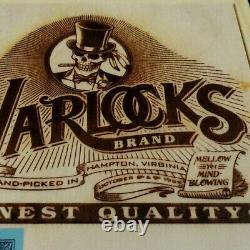 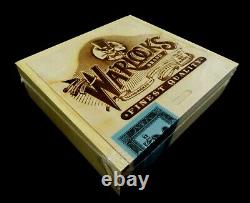 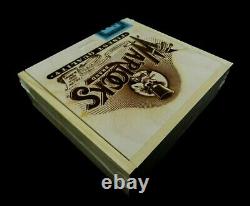 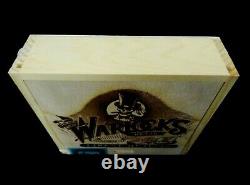 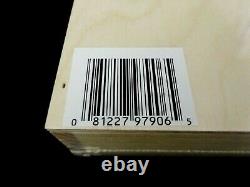 Warlocks Box Set : 6 CD + Extras! Hampton Coliseum - Hampton, Virginia (VA) : Oct. 8 & 9, 1989 (10/8/1989 & 10/9/1989) : 2010 (1989/2010) Grateful Dead Productions, Inc. / Rhino (GDP / Rhino) : Brand New / Factory Sealed : 2010 GDP release! 6-CD Collector's' Cigar Box' Box Set capsulizing the Historic 1989' under-the-radar' Grateful Dead Stealth! Shows at the Hampton Coliseum in Virginia... While definitely at risk of " restating the obvious " if you were on Dead Tour in Fall'89 - I ask you to think back to the surrounding details of how Important, Monumental! Most of us all collectively had our minds-blown by the intensity of the Grateful Dead's performances night after night on the 1989 Summer Tour... But who would have ever suspected this coming around the corner in the Fall? If you lived in the East Coast, or even more specifically the Mid-Atlantic during this time - you are well aware of how crazy & out of control the Dead Show' goer' scene & parking-lot scene was getting to be for the surrounding communities. The " Hoards of Ticketless Fans " as the Band used to say, were getting to be all too much - along with the other assorted illegal problems that we won't even get into.

Well, here you have the Hampton Coliseum! - one of the Grateful Dead's long-time favorite East Coast Venues - just getting to the tip of the boiling point with these problems, as the venue management & local authorities simply had had enough. Family, Staff & even the Band! On Hampton Shows to try to save it for us all.

In'86 a ticket-info sheet & parking-lot flyer Begged! The Fans to behave so the Band wouldn't be banned from Hampton.

In'87 the promoter actually grabbed the stage-mic before the show and personally-pleaded with the Fans. But - it still wasn't enough, unfortunately. So, the Dead did it the only way they could - and that was by running' un' pre-announced' Stealth-Shows! The Venue then agreed to this strategy, and the 1989 Fall Tours were actually able to happen!!

This led to the Band even applying an old' prankster-style' trick by actually announcing & booking these Shows as being performed by the Warlocks!!! And not' The Grateful Dead'. And my goodness, as that certainly wasn't the only trick the Good'Ol Grateful Dead had up their collective-sleeves... As those Dead Fans who were so fortunate to make it happen and' get-in' to these Shows, were treated to not only Garcia plugging-in the recently midi-customized Irwin Wolf - but were also treated to some of the most celestial Grateful Dead performances in Years!

As these Shows Folks, were Two (2) of the Most-Important Grateful Dead nights of All-Time! - in the opinion of many, many Dead Fans. The Boys were simply On-Fire!!! - they meant business pure-business...

And this Blistering-Hot Fall Tour'89 Brent! Unit continued to bring the Heat!! Night-after-night & run-after-run all the way through the end of the 1990 Summer Tour! My fellow Dead Fans, and I'm inclined to say that this Incredible!

Please see all photos provided. Photos included are of the actual item you will receive. Box Set here Dead Fans! In Fall'89 at the Hampton Coliseum!!! Please Note : No actual " Cigars " in this Amazing Wooden Box Set... Just Grateful Dead Rock n' Roll!!! &' Lots' of Collectibles Extras! The item "Grateful Dead Warlocks Wood Cigar CD Box Set 1989 Hampton Virginia VA 6-CD New" is in sale since Tuesday, October 6, 2020. This item is in the category "Music\CDs". The seller is "springfromnight1989" and is located in Portland, Oregon. This item can be shipped worldwide.