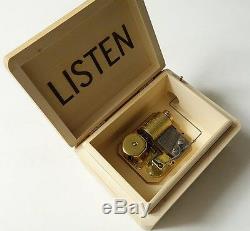 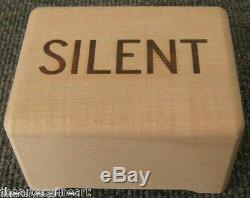 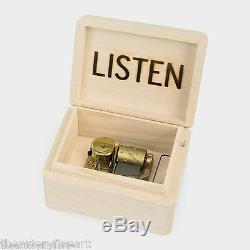 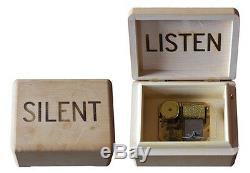 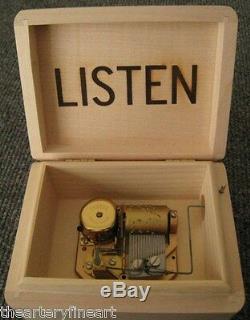 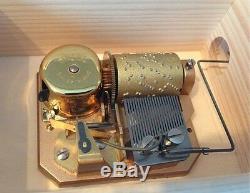 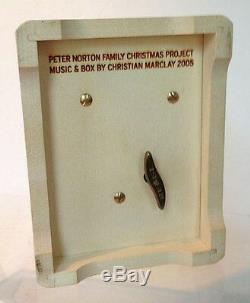 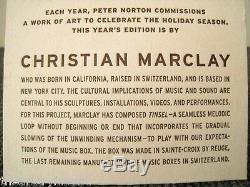 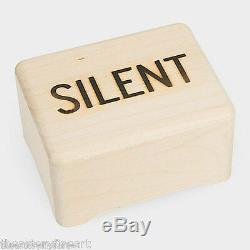 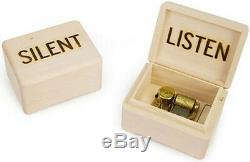 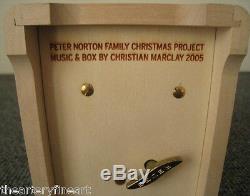 BRAND NEW / Mint condition in original packaging with letterpress information card. Each year, Peter Norton commissions a work of art to celebrate the holiday season. This year's edition is by Christian Marclay...

For this project, Marclay has composed'Tinsel' - a seamless melodic loop without beginning or end that incorporates the gradual slowing of the unwinding mechanism - To play with our expectations of the music box... From the enclosed information card. Christian Marclay's remarkable body of work exploring the space between what we hear and what we see has earned him acclaim both as a visual artist and as a musician in the United States and Europe. His concern with how sound is experienced, visualized, and translated into other forms leads him to work in a broad range of media. These slip mats are a beautiful distillation of his interdisciplinary approach, as they are made for DJs turntables - and so evoke the sounds associated with scratching and sampling - but they are clearly an artist's edition featuring the' hand' of the artist.

The mats also reference Marclay's decades-long career as a DJ and experimental musician, and his use of the turntable - and other stereo components - as expressive tools. Christian Marclay was born in San Rafael, California, and raised in Geneva, Switzerland.

He studied at Geneva's Ecole Superieure d'Art Visuel before returning to the United States to complete his BFA at the Massachusetts College of Art, Boston in 1980. He is now based in New York.

Solo exhibitions of his work have been held at prestigious museums around the world. Marclay has been performing and recording music since 1979.

As a musician and DJ, he has released solo and collaborative records since the 1980's, and has performed at such venues as New York's Knitting Factory and The Kitchen. He has performed with a diverse group of musicians and DJs, including Sonic Youth, Kronos Quartet, Fred Firth, Butch Morris, John Zorn and Arto Lindsay. Marclay's solo releases include " Record Without a Cover " (1985), " More Encores " (1988), and " Records " (1997). , White Cube Mason's Yard, London, UK. , Tel Aviv Museum of Art, Tel Aviv, Israel.

This item is in the category "Art\Art Sculptures". The seller is "thearteryfineart" and is located in Boston, Massachusetts. This item can be shipped worldwide.